Of all the drug-related crimes, distribution is one of the most serious. If you are being charged with the distribution of illegal substances, or you suspect you may be, contact a good defense attorney immediately. With the right defense, a good attorney can help you fight a conviction, significantly shorten your sentence, or have the case dismissed altogether. But only if you hire them as soon as you learn of the charges against you!

What Are Distribution Charges?

Distribution is the act of importing, transferring, or selling illegal or controlled substances. If you are found to be in possession of drugs and law enforcement suspects you were attempting to move those drugs in any way, you may end up facing distribution charges.

There is a long list of controlled substances for which you can be charged with distribution, but some of the most common drugs that result in arrest are:

Delivery or Possession With Purpose to Deliver – Arkansas Distribution Laws

What Is the Sentence for Distribution?

The sentence for distribution varies by state and by the severity of the alleged crime. Many states classify drugs by their perceived level of “danger.” This means that if you are caught with heroin or cocaine – considered to be high-threat – your sentence may end up being more severe than if you were caught with a less “dangerous” drug like marijuana.

However, the severity of your sentence will also depend on how much of the substance was actually on your person at the time of your arrest. One ounce of marijuana is much easier to defend than, say, a pound of it. Possession of illegal substances is also a serious crime, but it comes with much less severe penalties than intent to distribute. It’s important that you tell your attorney exactly how much you had on you at the time of your arrest. You may be able to have the charges dropped from distribution to possession.

In Arkansas, most distribution charges carry felony penalties. Depending on the number of controlled substances, the circumstances (presence of a weapon, etc.), and the severity of the charges, you can face anywhere from one year to 40 years in prison.

You will receive enhanced penalties if any of the following circumstances apply to your case:

If you are being charged with distribution, or you have been charged with possession and you suspect you may be charged for distribution, contact the Bobby Digby Law Firm. We’ll schedule an appointment with one of our talented and experienced defense attorneys. 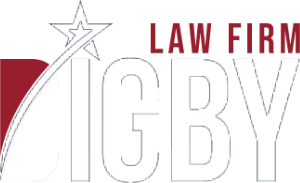